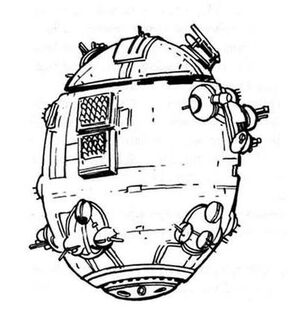 They were not built in large numbers like normal Warbots, but enough survived to be sightly more rare then surviving Warbots. Death Machines on their own are not hostile, but if they are attacked or guarding a facility, then they can be extremely dangerous.

Community content is available under CC-BY-SA unless otherwise noted.
Advertisement